SNAPs are the cross-distro, cross-cloud, cross-device Linux packaging format of the future.  And we’re already hosting a fantastic catalog of SNAPs in the SNAP store provided by Canonical.  Developers are welcome to publish their software for distribution across hundreds millions of Ubuntu servers, desktops, and devices.

Several people have asked the inevitable open source software question, “SNAPs are awesome, but how can I stand up my own SNAP store?!?”

The answer is really quite simple…  SNAP stores are really just HTTP web servers!  Of course, you can get fancy with branding, and authentication, and certificates.  But if you just want to host SNAPs and enable downstream users to fetch and install software, well, it’s pretty trivial.

In fact, Bret Barker has published an open source (Apache License) SNAP store on GitHub.  We’re already looking at how to flesh out his proof-of-concept and bring it into snapcore itself.

Here’s a little HOWTO install and use it.

First, I launched an instance in AWS.  Of course I could have launched an Ubuntu 16.04 LTS instance, but actually, I launched a Fedora 24 instance!  In fact, you could run your SNAP store on any OS that currently supports SNAPs, really, or even just fork this GitHub repo and install it stand alone..  See snapcraft.io. 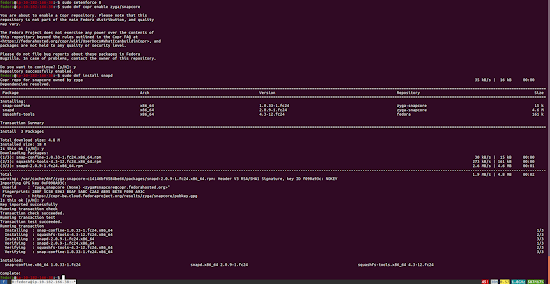 Now, let’s find and install a snapstore SNAP.  (Note that in this AWS instance of Fedora 24, I also had to ‘sudo yum install squashfs-tools kernel-modules’. 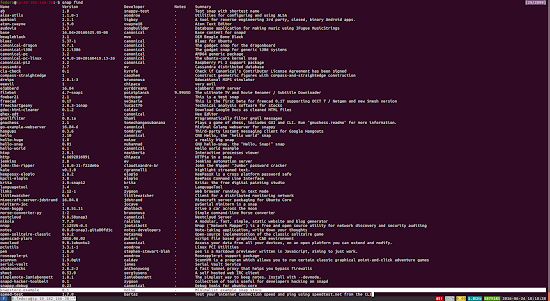 At this point, you’re running a SNAP store (webserver) on port 5000.

Now, let’s reconfigure snapd to talk to our own SNAP store, and search for a SNAP.

How about that?  Easy enough!

This is the third and the last guide in this series. In the first installment, we learned about considerations for an update from Windows 7 to Ubuntu, key...

When a robot is not up-to-date, it becomes about as useful as an expensive paperweight, or companies have to burn money to get them back online. Yet when...