This chapter provides an overview of installing Ubuntu Server Edition. There is more detailed documentation on other installer topics.

This section explains various aspects to consider before starting the installation.

The recommended system requirements are:

One major difference is that the graphical environment used for the Desktop Edition is not installed for the Server. This includes the graphics server itself, the graphical utilities and applications, and the various user-supporting services needed by desktop users.

Before installing Ubuntu Server Edition you should make sure all data on the system is backed up.

If this is not the first time an operating system has been installed on your computer, it is likely you will need to re-partition your disk to make room for Ubuntu.

Any time you partition your disk, you should be prepared to lose everything on the disk should you make a mistake or something goes wrong during partitioning. The programs used in installation are quite reliable, most have seen years of use, but they also perform destructive actions.

There are platform specific step-by-step examples for s390x LPAR, z/VM and ppc64el installations.

There are many ways to boot the installer but the simplest and commonest way is to create a bootable USB stick to boot the system to be installed with (tutorials for other operating systems are also available).

Plug the USB stick into the system to be installed and start it.

Most computers will automatically boot from USB or DVD, though in some cases this is disabled to improve boot times. If you don’t see the boot message and the “Welcome” screen which should appear after it, you will need to set your computer to boot from the install media.

There should be an on-screen message when the computer starts telling you what key to press for settings or a boot menu. Depending on the manufacturer, this could be Escape, F2,F10 or F12. Simply restart your computer and hold down this key until the boot menu appears, then select the drive with the Ubuntu install media.

If you are still having problems, check out the Ubuntu Community documentation on booting from
CD/DVD.

After a few moments, the installer will start in its language selection screen. 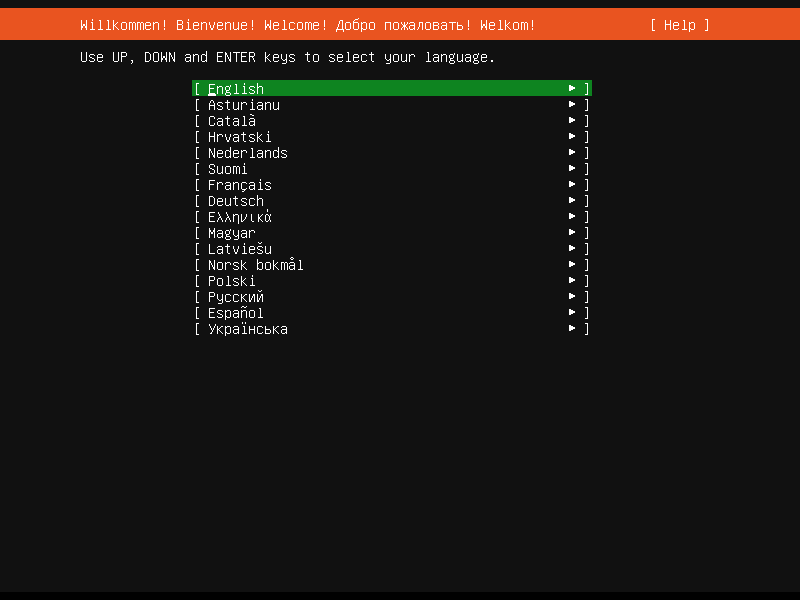 The installer is designed to be easy to use and have sensible defaults so for a first install you can mostly just accept the defaults for the most straightforward install:

There is more detailed documentation on all these options.

Previous Tutorials Next Using the installer

Last updated 4 months ago. Help improve this document in the forum.