The first thing I did after installing Ubuntu 9.04 was to head straight for the Appearance settings to choose a desktop picture. Here's what I was offered: 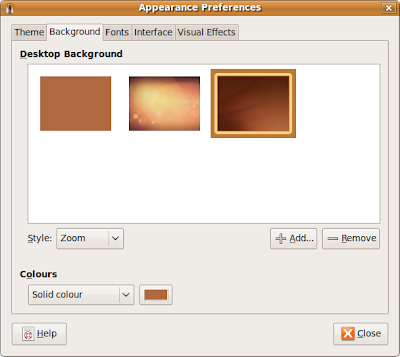 Naturally, a panic ensued while I tried to work out how to synchronise filesystems between OS X and the VirtualBox Ubuntu installation so I didn't have to drown in brown every time I looked at Ubuntu.

For Ubuntu 9.10 we asked people to submit images on Flickr, and selected 19 of these for inclusion on the CD. Here's what you get now: 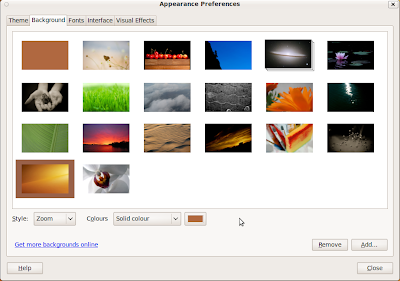 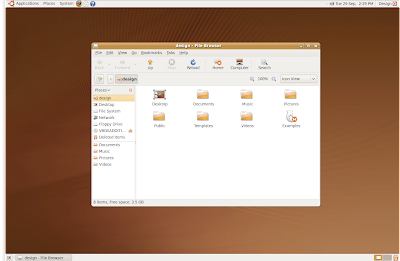 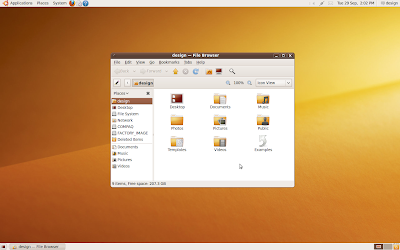 It's not a quantum leap, but it feels like the lights have been turned on. The new default background is an organic version of the previous one - warmed up and subtly intriguing. The icons have been smartened up, the window title bar is darker yet somehow less intrusive, the 'panel' icons (top-right) are monochrome, and generally colour is being used more where it means something and less where it only adds visual noise.

I feel that we've managed to move things forward. There is a lot of work to do on a million other aspects of Ubuntu so I hope people won't get fixated on things like the default desktop too much - these are matters of taste and there are no correct answers - you have to trust that we have a long-term vision and that decisions are made to move things in a certain direction. We don't think you'll be disappointed when things really start to come through over the next few releases.
source: mikebuntu.blogger.com

Here are some of the highlights of our completed work over the previous iteration. Meet the team Howdy!  My name is Ovidiu, also known as Ovi, Ovid or...

Creating a new release of Ubuntu is always a complex undertaking. At Canonical, delivering Ubuntu is our core mission, and each new version represents the...