World’s first demo of live, open source telecom service runs in the cloud … and all in software 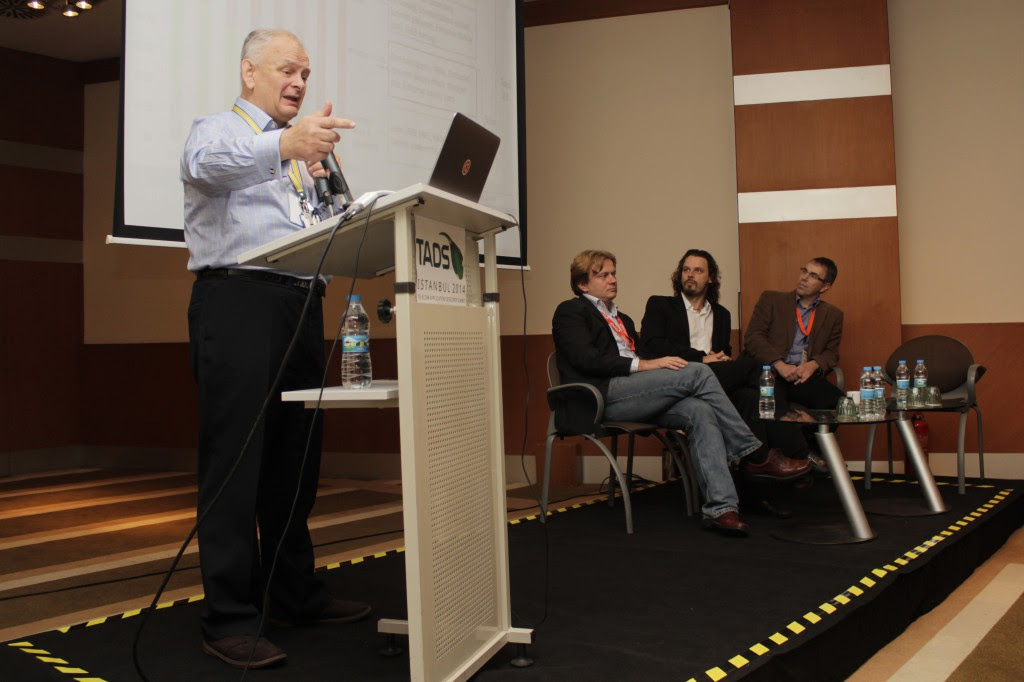 Truphone‘s head of R&D together with TeleStax, Metaswitch and Canonical – have demonstrated the world’s first provisioning and operation of a cloud-based IMS core and application server for a live voting service using the Truphone network.
Four pioneering telecom ecosystem companies: Truphone, TeleStax, Metaswitch and Canonical created a world’s first TADSummit demo of a live, cloud-based telephone voting at the Telecom Application Developer Summit in Istanbul.

The proof-of-concept demo took advantage of Ubuntu and Juju from Canonical, software from both Metaswitch and Telestax, and was connected using Truphone’s global mobile network.

“The outcome shows that the time has come for telecom operators to embrace open source software,” said Alan Quayle, founder of TADSummit and TADHack. “The industry has been overly confused and distracted by Network Function Virtualization (NFV) when new and far more efficient technology can be developed and deployed using open source software already written for and proven in the cloud.”
Built entirely on open source software, the demo was engineered in less than two weeks and conveyed how operators can reduce infrastructure costs and speed to market.
“By focusing on service innovation, carriers can now rapidly deploy new services without incurring millions of dollars of integration costs and unneeded delays in launching new services,” Quayle added.
Ground-breaking aspects debuted within the demo included:

“The combination of open source components in our demonstration offers operators extremely powerful and flexible tools to build solutions that would have cost a magnitude more and taken longer to implement. Our combined demo was completed in days,” said James Body, Truphone’s head of Research & Development. “Hosting the solution within a carrier-grade, cloud-based environment made it possible to deliver an entire reliable and scalable solution.”
This demonstration builds on the IMS in minutes demonstration presented at TADHack in June. The plans for 2015 on where this demo will go are exciting, the sponsors of TADHack and TADSummit are powerfully demonstrating the importance of an ecosystem-based approach.

“We were pleased to be part of the telecom service demo at TADHack, along with innovative companies like TeleStax, Canonical and Truphone,” says Paul Drew, general manager, Metaswitch. “Project Clearwater is designed from the ground up for massively scalable deployment in the cloud and we think it has helped establish open source software as a key part of the modern service provider architecture.”

“On the first TADSummit I presented a vision of being able to launch new solutions in hours. At the latest TADSummit we showed the audience we were wrong. It can be done in minutes. This is only the tip of the iceberg of what is possible. We have shown that there is a different future possible. Now it is up to the telecom industry if they want to kill it with RFPs or accelerate it…” – Maarten Ectors, VP IoT, Proximity Cloud & Next-Gen Networks, Canonical

“Open Source communities have repeatedly proven the point that innovation does not need to wait for standards and committees. The collective power punch of Ubuntu Juju, Clearwater, and Restcomm, manifested in this demo, was made possible because of the open collaboration. We could all see each other’s work and we knew what’s possible before we even met. A few short meetings sealed the deal. Truphone saw the potential and gave it a chance. Many thanks to TADS for opening the stage to the new kids on the communications block.” – Ivelin Ivanov, co-founder and CEO, Telestax, Inc.

Metaswitch is powering the transformation of communication networks into a cloud-based, software-centric, all-IP future. The company develops openly programmable solutions that run on standard hardware or in virtualized environments and act as the key control points in elastic voice, video and data networks. In its 30-year history, Metaswitch has helped hundreds of service providers worldwide advance their infrastructures, retain their customers, extend their brands and reduce their costs through every major network transformation. For more information, please visit: http://www.metaswitch.com.

TADSummit is focused on building an essential yet missing component of the Telecom Industry, the telecom application developer ecosystem that creates new services and customer value. Two hundred of the best and the brightest people working on service innovation met in Instanbul over the 12-13th November.

TeleStax offers carrier-grade communication products under the TelScale™ brand, based on a core set of open source projects. TeleStax’s mission is to remove complexity from the traditional telecom infrastructure and in the process create a new market for innovative communications services built by mainstream developers at a cost and time comparable to building web services.

Truphone is the first mobile operator in the world to offer a truly Global service that extends beyond the borders of their home country. One of the ways Truphone achieves this is by providing multiple international numbers on a single SIM, enabling businesses to make international calls that are treated as local calls and providing contacts a direct way to get in touch on a local number. This coupled with corporate bundles that operate inclusively in 66 countries help to eliminate or reduce mobile roaming costs for voice and data services, keeping staff better connected when they travel. Headquartered out of London, Truphone has 13 offices across four continents and continues to expand aggressively.

Charmed OSM and Managed Apps let telecom operators accelerate adoption of NFV. This is needed because the way we consume data has changed. We want data at a...

Edge AI in a 5G world – part 4: How your business can benefit from ‘smart cell towers’

This is part of a blog series on the impact that 5G and GPUs at the edge will have on the roll out of new AI solutions. You can read the other posts here....