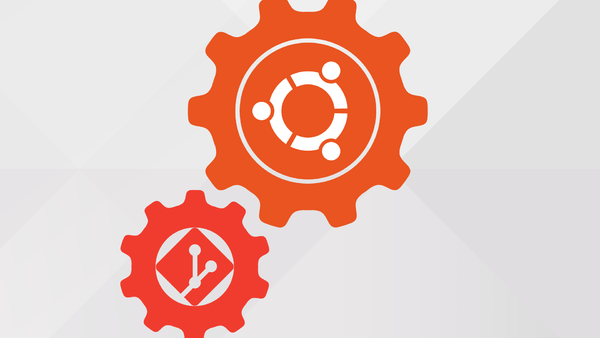 Three years on, this work has expanded significantly. Most of the server team is using git for daily work when touching Ubuntu packaging. We have expanded our tooling. With the significant interest we’ve received, we’re now interested in developing this work to make git become the way of working with Ubuntu’s source code. Our plan is to do this with no disruption to existing developer workflows.

This post is part of a blog series. Here’s an index of all our planned posts. We’ll amend this index and update links as we go.

Why is this so hard?

Most Free Software development projects already use git. So why has Ubuntu taken so long?

Unlike most software projects, Ubuntu (like other distributions) derives its sources from upstreams, rather than being the originator of the software. This means that we do not “control” the git repositories. Repository elements such as branch names, tag names, branching policies and so forth are not up to us; and nor is the choice to use git in the first place.

For git use in Ubuntu development to be effective, we need these repository elements to follow the same schemes across all our packages. But upstream projects use different schemes for their branches, tags and merge workflows. So our task isn’t as trivial as just adopting upstreams’ git trees.

While Ubuntu makes key changes to packages as needed, the long tail of packages that we ship are derived from Debian with no changes. Debian package maintainers use the VCS system of their choice, which may be nothing, git, or something else like Mercurial or Bazaar. These repositories are arranged in the manner of the package maintainers’ choices. They may be derived from their upstreams’ respective repositories, or they may instead be based on wholesale upstream code “import” commits done when the packaging is updated to a latest upstream release.

Right now, 68% of source packages in Ubuntu are listed as having their packaging maintained in git (whether in Debian or Ubuntu):

Note: the data I have used cannot tell us the difference between a package not being maintained in a VCS and the package maintainer not having declared in metadata that a particular VCS is in use.

Choices for Ubuntu and git

We’re not in a position to mandate that everyone uses git. Even if we did do that for Ubuntu, we cannot expect mandate it in Debian and certainly not in every upstream project in our repositories.

One of the problems we want to solve is to be able to answer the question “where do I git clone from to get the Ubuntu source for package X?”. We don’t want to be forced to say “ah, but for package X, it’s the same as Debian, and they’re using Mercurial in this case, so you can’t git clone you have to use hg clone from this other place”, and then have the answer be different for package Y and different again for package Z. We know this will happen for 3 out of 10 packages. We want to eliminate all the edge cases so that, for git clone against any Ubuntu package, the repository structures are all consistent and all subsequent developer expectations always work.

To achieve this consistency, we need to find a way to use git for all Ubuntu packages: regardless of what VCS Debian or upstreams use for each package and project; and regardless of their different branching, tagging and merging models.

We think we’ve achieved this with our design; more on this in a future post.

Some readers may be familiar with a previous effort in Ubuntu, UDD, which was largely a similar effort but with Bazaar. Nine years later, git has largely won the “VCS wars”, and appears to be preferred by the majority of developers. Our current effort could be seen as “UDD, but with git”, if you wish.

We'd like to avoid flag days and forced workflow changes. Ubuntu git integration will develop over time, but we don’t expect Ubuntu developers to be forced to switch to it. We’d prefer for developers to choose to use our integration on its own merits, switching over if and when they feel it appropriate. If, after further consultation with users and Launchpad developers, we did switch to git as the primary source of truth from Launchpad, we expect to be able to wrap for backwards compatibility with dput.

Being central to all code, “moving to git” can be somewhat all-encompassing in terms of desirable use cases. Our original goal was very specific: to make what we call “Ubuntu package merges” easier. I achieved this back in 2014, and the server team has since made big improvements to this particular use case. Now we want to use git for much more, so this necessarily encompasses a wide range of use cases. We have accepted the following use cases as falling within the scope of our project:

For drive-by contributors and new developers

We have an importer running that automatically imports new source package publications into git, so the entire publication history of that package becomes available to git users. Until we’re ready to scale this up, we’re importing a subset of packages from a whitelist, with other packages imported on request for interested developers. You can also run the importer yourself locally on any package.

Tooling is available as an extension to git providing a set of subcommands (git ubuntu ...). The CLI is still experimental and subject to change, and we have a set of high-level subcommands planned that we have yet to write.

If you’re interested, please do take a look! We’d appreciate feedback. However, note that we aren’t “production ready” yet:

On our way, we hit a bunch of edge cases which may confuse developers. Some examples:

These edge cases can be worked around, often automatically, but this won’t happen when a new developers use git clone directly.

To avoid having to introduce too much at once, we have written a wrapper that handles these edge cases automatically, or at least warns you about them on the occasions that they are relevant. There are also some common repetitive actions that are specific to our workflows; the wrapper also composes these for convenience to save developer time.

We don’t want to mandate use of our wrapper. To better suit advanced developers, we’ve designed everything to be directly accessible without the wrapper, and we consider this method of access to be a first class citizen in our work. We’ll talk more about the wrapper and its capabilities in a future post.

In the next post, we’ll cover details of where the imported repositories are and what they look like.

When designing or testing with MAAS, it’s often handy to start with virtual machines. If you’re just on your laptop, and you want to check out a new MAAS...

For a while now, snapd has supported the ability to install and use multiple instances of the same snap in parallel. This allows users to test features in new...

We’re creating a cohesive example to give the MAAS documentation some built-in coherence. Have a look.